Far Eastern Model UN (FEMUN) 2022 is the only MUN Conference in Russia that applies the UN4MUN format – the most accurate simulation of the UN that was elaborated by the UN Department of Global Communications (previously known as the Department of Public Information).

What makes UN4MUN different from the “traditional” Model UN approach?

(1) UN4MUN uses the Rules of Procedure that are closer to those used at the UN;

(2) UN4MUN promotes consensus-building instead of parliamentarism in the decision-making process, which underlines the necessity for the delegates to come up with a common resolution of the issue, which suites all the Member States;

The first UN4MUN Conference in Russia was conducted in 2016 by MUNRFE on the premises of Far Eastern Federal University (Vladivostok), which eventually became an annual venue for the event. Starting with a rather moderate number of participants – 60, for five years it increased dramatically to 180 people in 2020. This year MUNRFE is going to organize the FEMUN for the 7th time in a row. 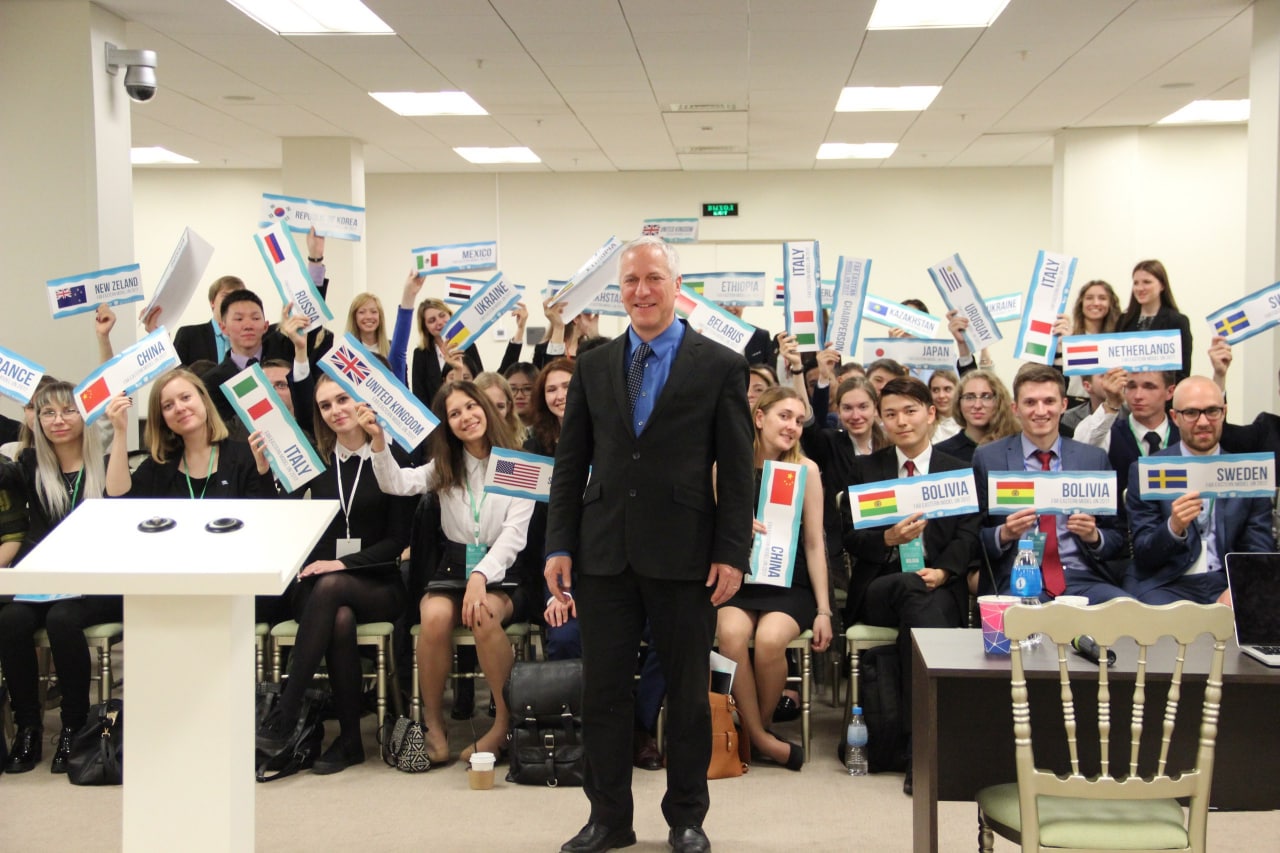 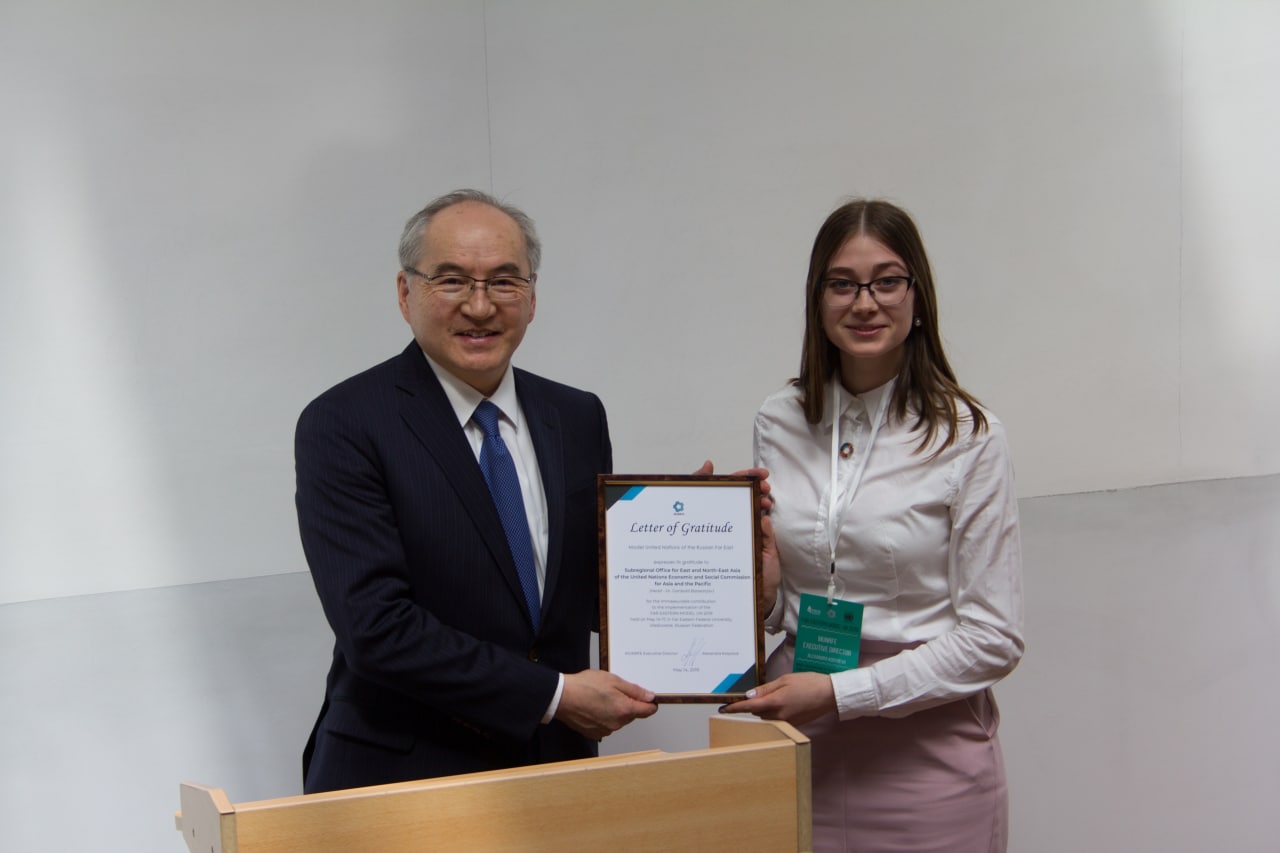 The accountability of the Conference is proved by the support of its key experts, among which there are such names as Mr. William Yotive, one of the authors of UN4MUN concept; Dr. Ganbold Baasanjav, Head of Sub-regional Office for East and North-East Asia, United Nations Economic and Social Commission for Asia and the Pacific; Dr. Mia Mikic, Director of the Trade, Investment, and Innovation Division of the UN ESCAP; Dr. Melita Vujnovic, WHO Representative to the Russian Federation.

The Conference is also known for a wide range of its strategic partners. To name a few these are Far Eastern Federal University, Far Eastern Branch of ‘‘Russkiy Mir’’ Foundation, Sub-regional Office for East and North-East Asia of the United Nations Economic and Social Commission for Asia and the Pacific, the United Nations Information Centre in Moscow.

Besides, for its rather small period of existence the winners of the Conference – participants of the MUNRFE Leadership Program attained victories at MUN Conferences in Japan, China, Indonesia, and Malaysia and were honored all types of awards from delegation to individual awards.