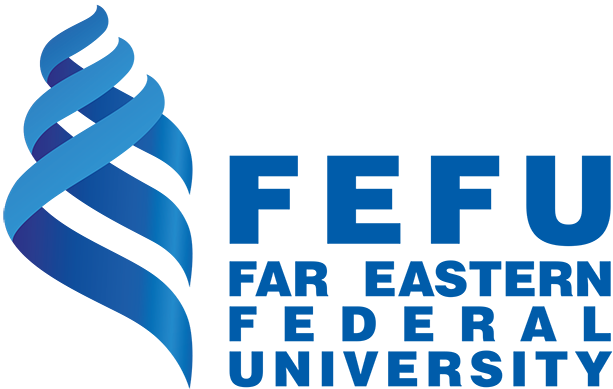 Far Eastern Federal University (FEFU) dates back to 1899 when the Institute of Oriental Studies was established. Over the years, it has proudly become the largest, most innovative, and internationally recognized higher education institution in the Russian Far East. Today, it is striving to foster the integration of the Russian Far East into the Pacific Rim through education, research, and high-tech development. Situated in picturesque Ajax Bay on Russky Island near Vladivostok, the new campus of FEFU is a unique project that has no equivalent in Russia. It consists of multi-media classrooms, laboratories, inter-active auditoriums, comfortable student dormitories, stadiums, gyms, and swimming pools. The campus was opened during the APEC Summit in September 2012 and became a venue for the cooperation of young researchers and experienced scientists from the APR states. 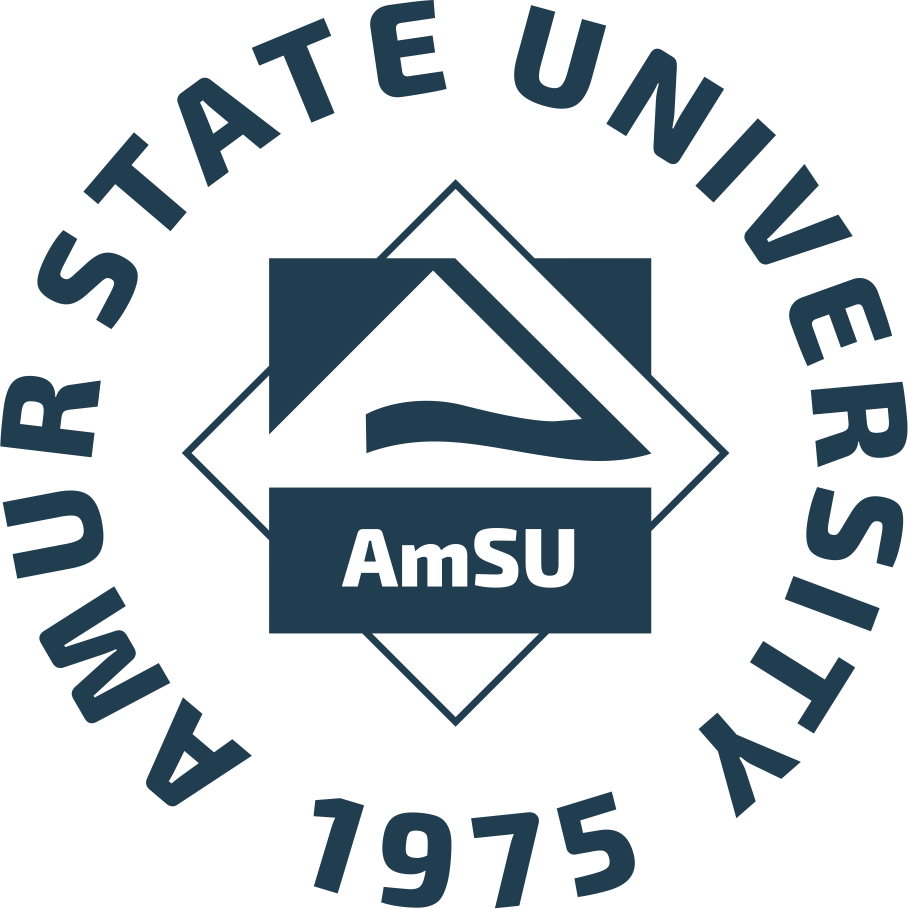 Amur State University is one of the youngest and most perspective universities in the Far Eastern Region. It was founded on March 20, 1975, as Blagoveshchensk Institute of Technology (BIT). In 1992 BIT was transformed into Blagoveshchensk Polytechnic Institute (BPI), and finally in 1994 BPI earned the status of Amur State University (AmSU). It took less than 20 years for a small technological institute to become a classical university. Today AmSU is an educational, scientific, and cultural center of the Amur Region. Currently, there are about 8 000 students studying at the University at 9 departments with 42 majors. More than 600 faculty members work at the University, 300 of them are professors and associate professors. Every year the teaching staff improves professional skills through different internships for teachers. Since 1992 AmSU has been establishing international collaboration with a number of universities from China, South Korea, Germany, Poland, the United States, and Japan.

United Nations Economic and Social Commission for Asia and the Pacific, Subregional Office for East and North-East Asia (Incheon, Republic of Korea)

The East and North-East Asia (ENEA) Office is a subregional office of the United Nations Economic and Social Commission for Asia and the Pacific (UN ESCAP). Since its establishment, the Office has been working closely with six member States - China, Democratic People's Republic of Korea (DPRK), Japan, Mongolia, Republic of Korea, and the Russian Federation - and two associate members - Hong Kong, China and Macau, China - to build and strengthen partnerships and cooperation for inclusive and sustainable development in the subregion.
It also serves as the Secretariat of the North-East Asian Subregional Programme for Environmental Cooperation (NEASPEC), an intergovernmental platform for all six member States.

Established in 1948, the UN Information Centre (UNIC) in Moscow is the oldest UN office in the country that serves as a compact UN "information agency". It is also a repository of knowledge, global best practices, and standards in a wide range of areas – from environmental protection to outer space – being at the same time a sort of a local UN public relations service. Another important function of the Centre is to keep the UN Headquarters informed of the perception in Russia of the UN’s activity, the local assessment of the efficiency of the organization’s programs, etc. The UNIC’s strategic mission is to cultivate an informed understanding among the Russian public of the UN’s achievements and priorities, to promote an ever-increasing contribution of the country to the Organization’s cause and to encourage the effective use of UN’s experience and potential for the benefit of the Russian people.

The World Bank is an international organization comprised of 189 member countries. The World Bank is affiliated with the United Nations and designed to finance projects that enhance the economic development of member states. Headquartered in Washington, D.C., the bank is the largest source of financial assistance to developing countries. It also provides technical assistance and policy advice and supervises - on behalf of international creditors - the implementation of free-market reforms. Together with the International Monetary Fund and the World Trade Organization, it plays a central role in overseeing economic policy and reforming public institutions in developing countries and defining the global macroeconomic agenda. The Russian Federation joined the World Bank in 1992. The Bank’s strategy is to support the effective implementation of the Government’s comprehensive reform program, to help mitigate risks to the sustainability of growth, and to extend the opportunities arising from the reform process more widely across the population. 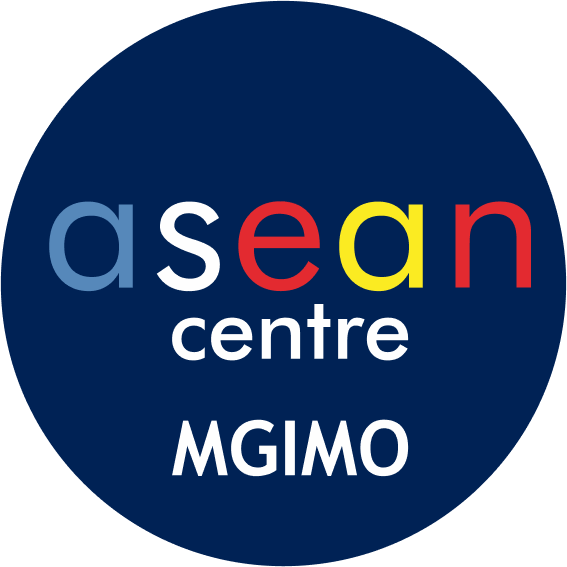 ASEAN Centre in MGIMO was officially opened on June 15, 2010, at the new building of the University. The Centre was formed in accordance with the Memorandum signed in July 2009 by ASEAN Secretary-General Dr. Surin Pitsuvan and Prof. Anatoly Torkunov, the Rector of MGIMO. According to this document, the Centre’s mission is to spread information about the ASEAN-Russia dialogue partnership, to facilitate the development of economic linkages, cultural, scientific and educational exchanges as well as people-to-people contacts between Russia and the ASEAN member countries, to carry out and support research on problems of ASEAN and its individual members. Dr. Victor Sumsky, a specialist in the current history of Southeast Asian countries and international relations in the region, has been appointed to the position of the Centre’s Director. Previously Dr. Sumsky who is a graduate of MGIMO worked for the Soviet Foreign Ministry and the institutes of the Russian Academy of Sciences.

Russkiy Mir Foundation is a non-profit organization established in 2007. The mission of the Foundation is to promote understanding and peace in the world by supporting, enhancing, and encouraging the appreciation of the Russian language, heritage, and culture. Russkiy Mir promotes the teaching of the Russian language within Russia and abroad; brings Russia’s rich history to life, and showcases vibrant examples of Russian art and culture around the world; reconnects the Russian community abroad with their homeland, forging new and stronger links through cultural and social programs, exchanges and assistance in relocation. The Far East Branch of the Russkiy Mir Foundation was opened more than 10 years ago. This branch is heavily focused on the cooperation of Russia with the Asia-Pacific, primarily China, Japan, North and South Koreas, ASEAN countries and etc. 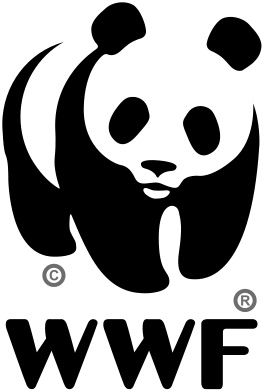 The World Wildlife Fund for Nature (WWF) is an international non-governmental organization founded in 1961, working in the field of wilderness preservation, and the reduction of human impact on the environment. WWF as an institution functions in Russia since 1994 - for 24 years the Foundation has successfully implemented more than 300 field projects in 47 regions of Russia. The work of Amur branch of WWF Russia in the Amur ecoregion aimed at the conservation of rare species including the Amur tiger and the Far Eastern leopard, the creation and support of specially protected natural areas, the promotion of sustainable forest management practices as well as the conservation of freshwater ecosystems in the Amur River basin.